FILMS BY AND ABOUT WOMEN

In 2001, LUNAFEST® was launched as the very first traveling film festival featuring films by and about women.

Starting as one small California premiere 21 years ago, LUNAFEST has celebrated the work of more than 170 filmmakers in 2,700 screenings nationwide—both live and virtual. These important films bring fresh perspectives and connect communities.

LUNAFEST has also made an impact at the local level, helping to raise over $6.5 million for women’s causes while providing a platform for women and gender nonconforming storytellers.

LUNAFEST is committed to inspiring and advocating for change, because we want to Play A Part in something bigger.

Join us to play your part: learn more, host, or attend a screening.
Here’s a preview of this year’s films.

Add A Clif Family LUNAFEST Kit To Your Event

Hosting or attending a LUNAFEST event? Don't forget to add one of our kits to enhance your viewing experience. Each kit comes with assorted Luna Bars, a program brochure and a special pin. 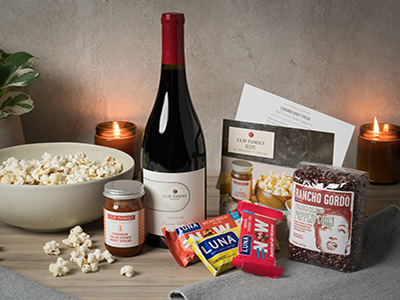 Are You A Member Of Our Wine Club?

Join the Clif Family Wine Club and enjoy access to our limited production wine and food, plus unique experiences, delivered right to your door! Members receive immediate benefits upon sign-up, such as preferred pricing, $25 flat rate ground shipping and more.